Hi guys!
Thanks for reading my stuff for so long :)

I am moving all my latest work and activities to my Artstation website.

So I will not be making more posts on this page any longer, but I will leave it up, because people still look at my old portfolio page and stuff.

Here is the link to my new site:
https://leoogawalillrank.artstation.com/

I finally started Gumroad!
This is an awesome site where you can sell digital(or real) product.
It is great for digital assets such as rigs and tutorials! I am
buying a lot of awesome tutorials and stuff here, and it has been great so far!

My first piece is the Attack on Titan rig(model and textures too) I made a couple of months ago.

Its FREE!!
please check it out!
(Th get it, just type 0 in the prize section and press "I want it" button) 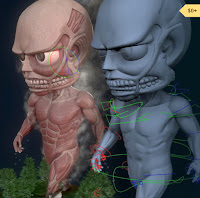 Also, please subscribe to my products too!
I will keep uploading rigs from my old, and new works.

Hi.
This is a 3D fan art(?) I made of the mobile app "Between" and one of its stamp character "Robin Egg"
(seems like it is a naked robin egg, covering hes/her(?) crouch with a piece of its shell.
The mobile app "Between" in a SNS(?) app for couples. It gives you the tool and space to communicate with only your spouse. I had a great time in this app with my wife, and that became my reason to make this piece.
(Note: I have nothing to do with the development or the developers of this app, I am just a fan. This is 100% non commercial.) 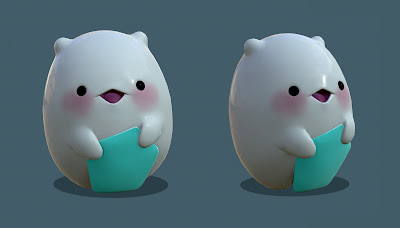 Here is my first attempt to use the Marmoset viewer on my blog: 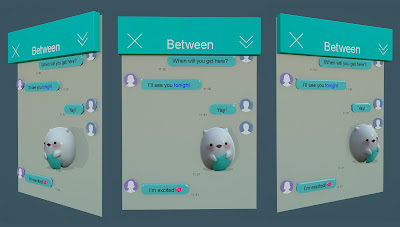 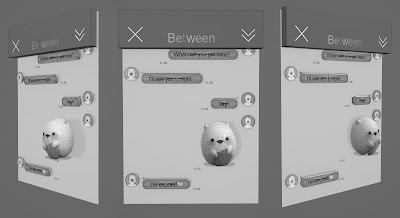 my art station post link is here. Please check it out also
https://www.artstation.com/artwork/robin-egg-between-fan-art-3d-model

Hi. I finally got to a presentable stage of this project, so I am posting it here...
It is a 3D Fan art model of the Colossal Titan from the "Attack on Titan" series. 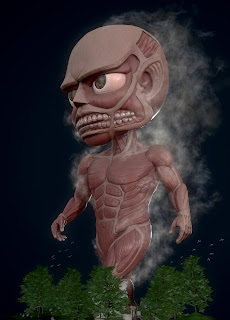 This is a fan art, and 100% just for my own fun and training.
Here is the 3D turnaround:

I also made a making of/tutorial/breakdown of it. Here you can see the process and the programs I used to make this one.
Here is the video:

Hi. I finished a head sculpt


This is a tutorial/making of a 3d creature in the game
It go through the process from zbrush, retopo, texturing and a quick maya rendering.
Hope you like it.
投稿者 Leo Ogawa Lillrank 時刻: 10:28 AM No comments:

Hi. It has been a while since I posted something here. I will try get more stuff up from now on,,,,.
Here is a shader test(visual test) in Unity 3D I did.
I did the modeling, rigging, texturing and the real time shader specifications, set up in unity, and editing,,,Simply I did almost everything but the concept art and posing the characters.
投稿者 Leo Ogawa Lillrank 時刻: 10:12 AM No comments:

Hi. One of the films I worked on this year is finally done.
(after all the technical troubles and errors finally)

The film is animated and rendered in Maya. The whole motivation behind this film was to model a lot of objects and try a lot of funny ideas. I also wanted to try a different rendering engine, V-ray. I will post some production art of the film. Hope you like it. 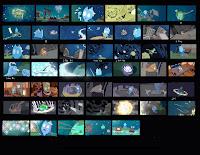 Color chart(play blast screenshots paint over ) of the film I made
AFTER the animation was done.
I used it as a guide for the final rendering.

One of my challenges this year was to make the effect to polygons.
here you see some of the tries.

I wanted to give the objects a paper like look and a stop motion
feel to the animation.
That is why the film runs on 2 frames and has no motion blur.

And Here is the Animatic(story board reel) version of the film. I think it shows my thinking process in the production of this film and also the few changes I made to the final version.
投稿者 Leo Ogawa Lillrank 時刻: 10:29 PM 1 comment:

Hi. This is few models I made for a close friend of mine, Ivy Flores.
I modeled after some concept art, in Maya and 3D Coat.
投稿者 Leo Ogawa Lillrank 時刻: 10:25 AM No comments:

Leo Ogawa Lillrank
Hello! My name is Leo, I am a 3D Artist! I specially love 3D modeling and sculpting. I am specialized in cartoonish 2.5D graphics. Here I am gonna upload my models and 3D work^^

Links to other blogs